40+ Magical Voodoo Tattoo Designs & Meanings – Dolls, Monkeys And Many Others (2019) 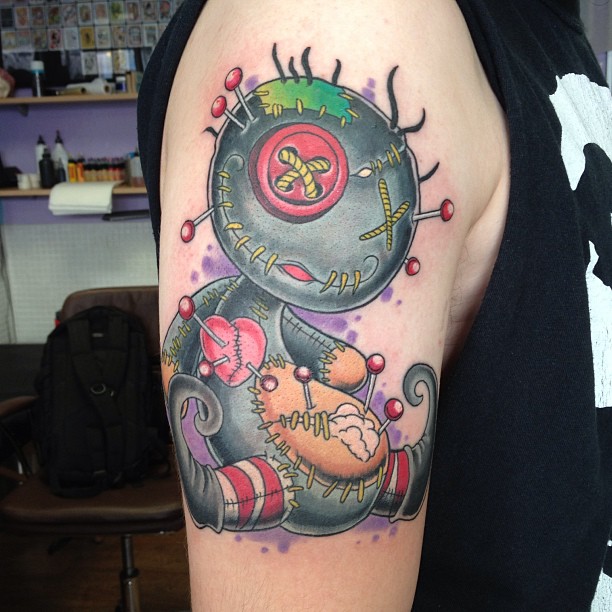 There is no dispute that tattoos can make you to appear trendy as well as fashionable. However, before you go for any tattoo, it is good that you understand its history, meaning, placement and care. Today our main interest is the Voodoo tattoos.

These are among the coolest tattoos that you can have on your shoulder, back or any other part of your body. If you have been thinking whether these types of tattoos are right for you or not, then you have no reason to worry anymore because you are at the right place. 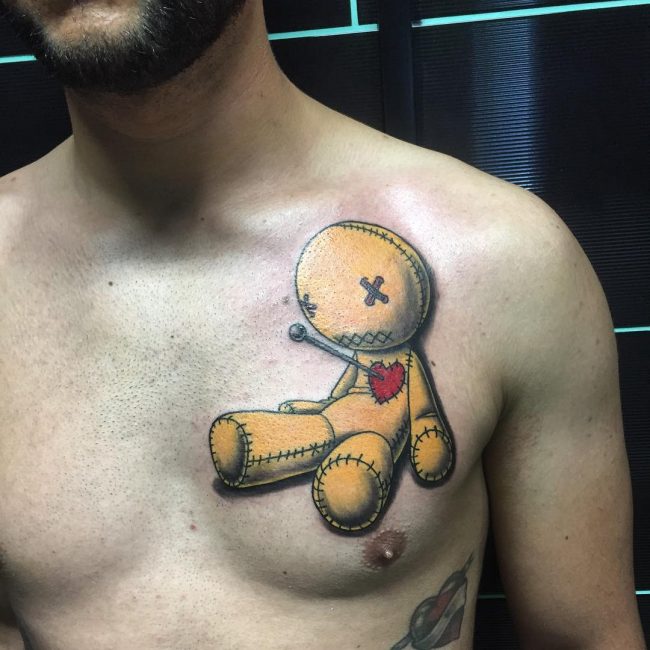 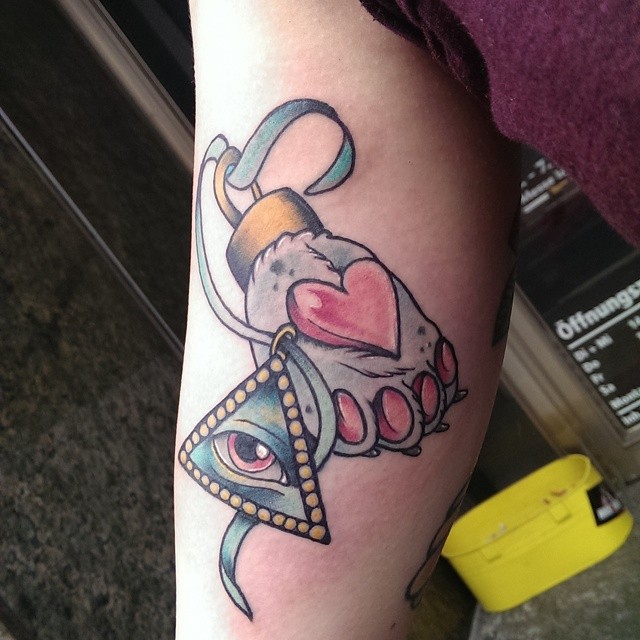 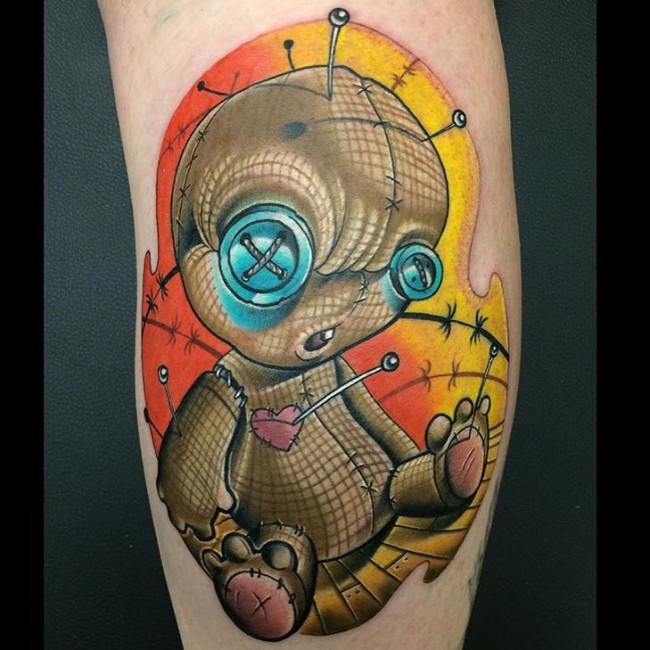 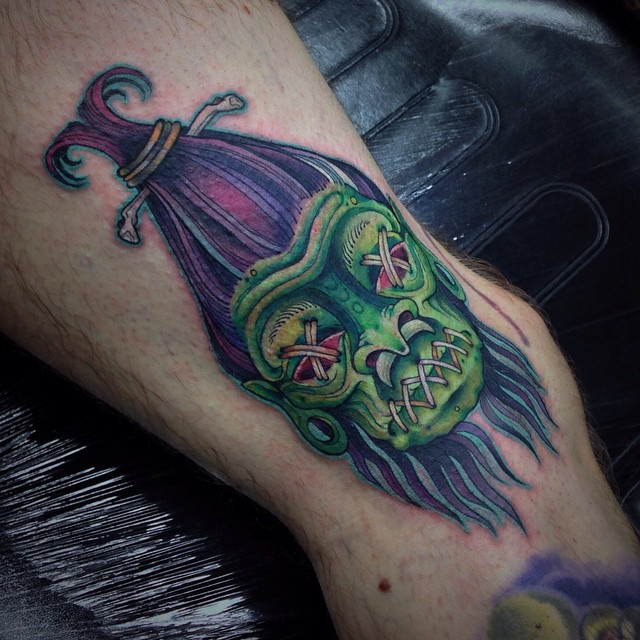 When Europeans captured slaves from Africa and took them to America, they never left behind their religious beliefs completely.

People who belonged to the kingdom of Dahomey kept practicing something referred to as Vodun that later on evolved into many cultures across the entire globe including America and other surrounding continents. Voodoo has earned recognition among many people in the world for the use of voodoo tolls. 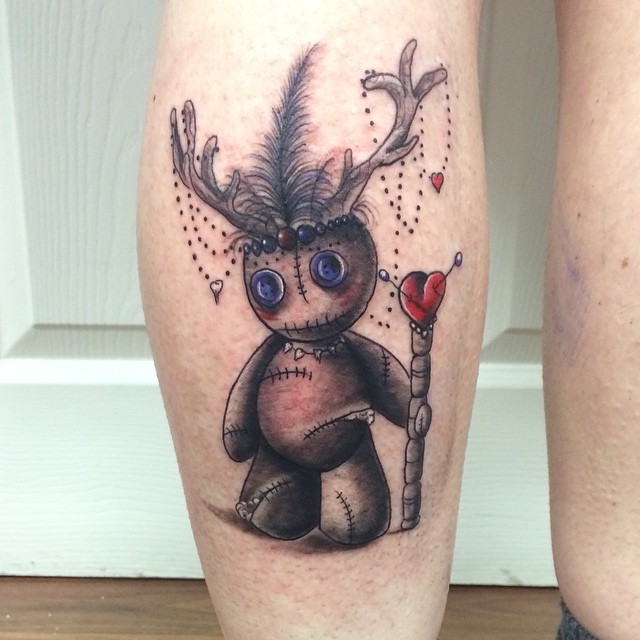 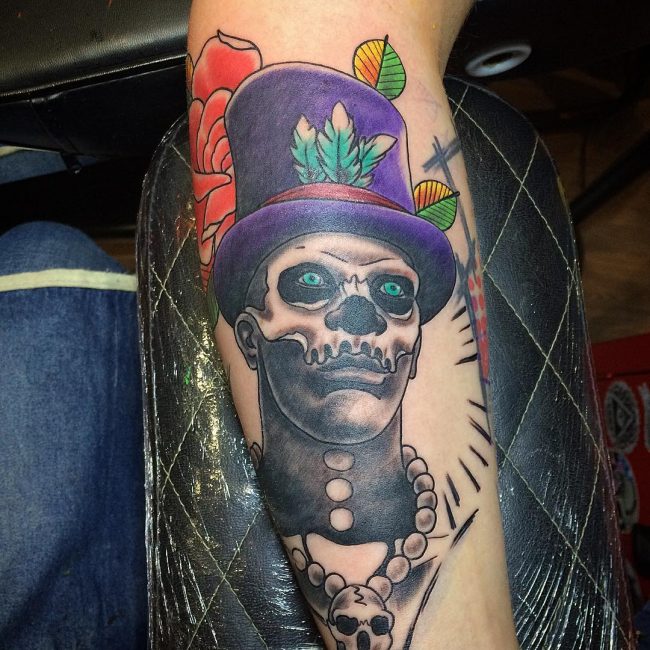 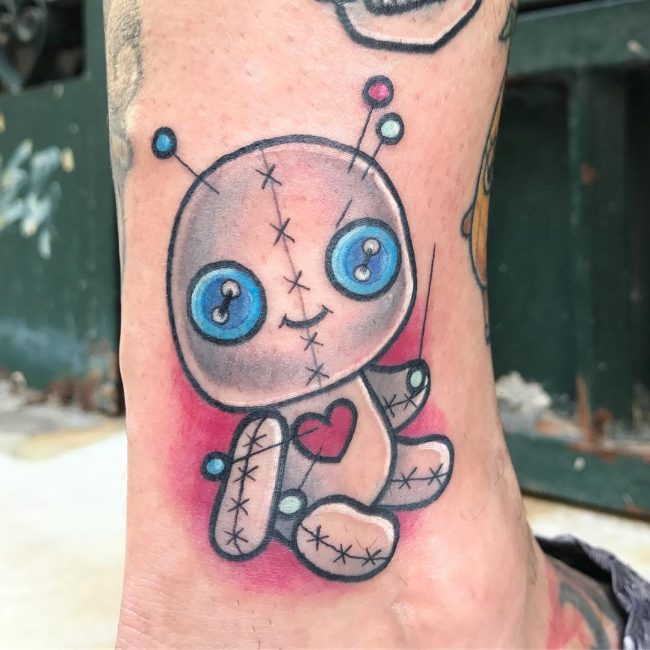 Apart from the dolls, these tattoos also feature symbols that many consider magical and supernatural. Currently celebrities and wealthy individuals have been going for these tattoos for different purpose with some of them using them as a sign of identity. 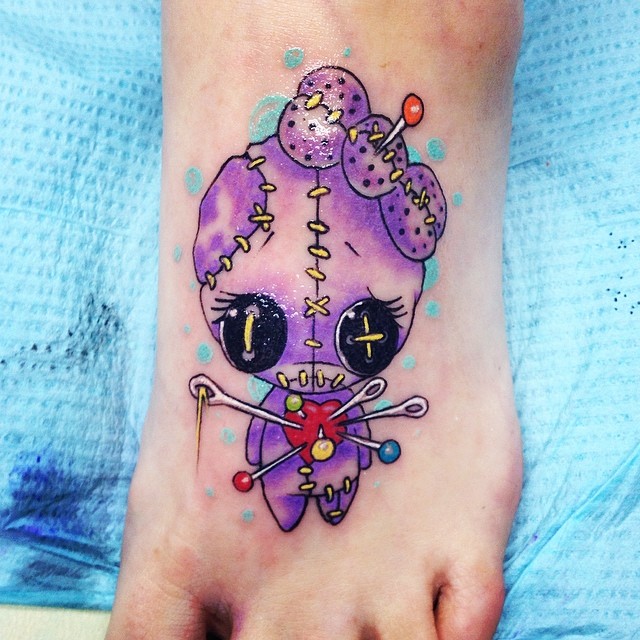 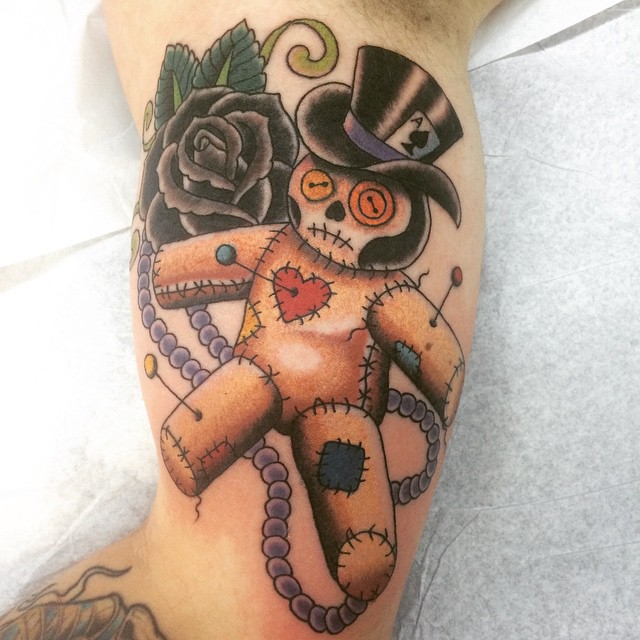 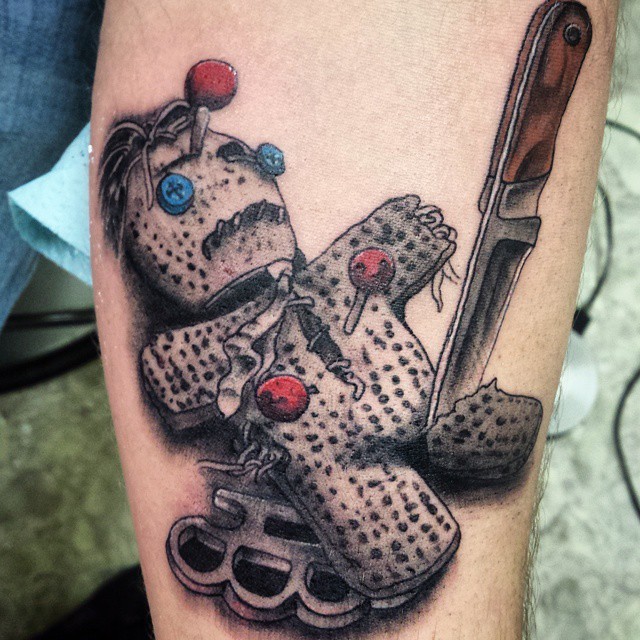 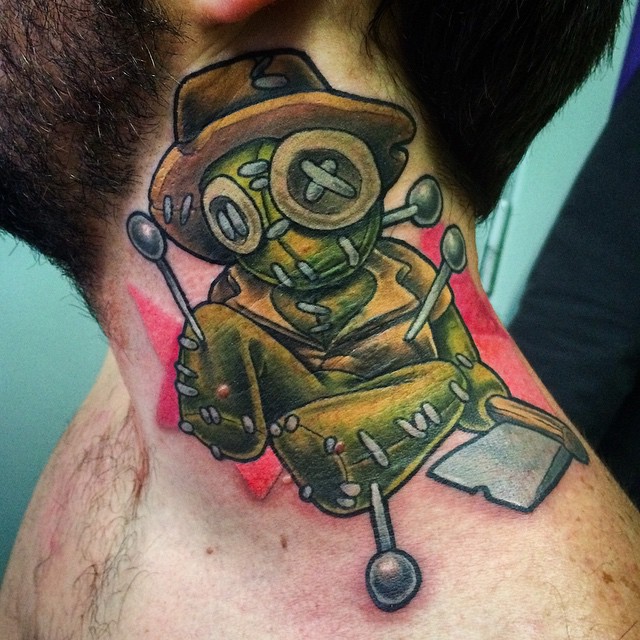 Voodoo designs have different meanings that vary from one community to another. In other words, what voodoo means in the United States of America may or may not be the same as its meaning in Africa. 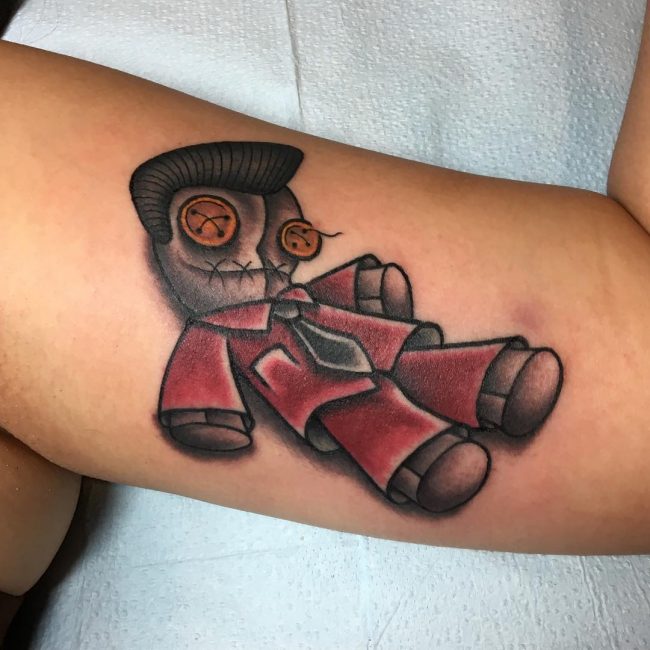 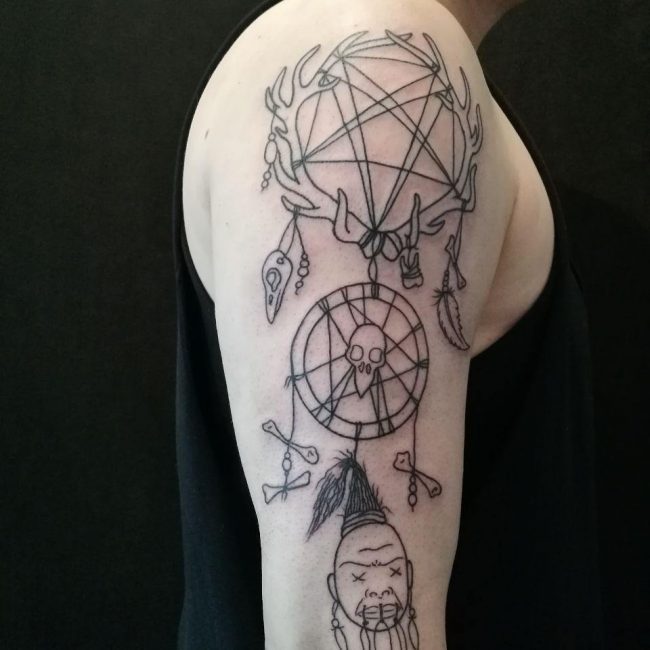 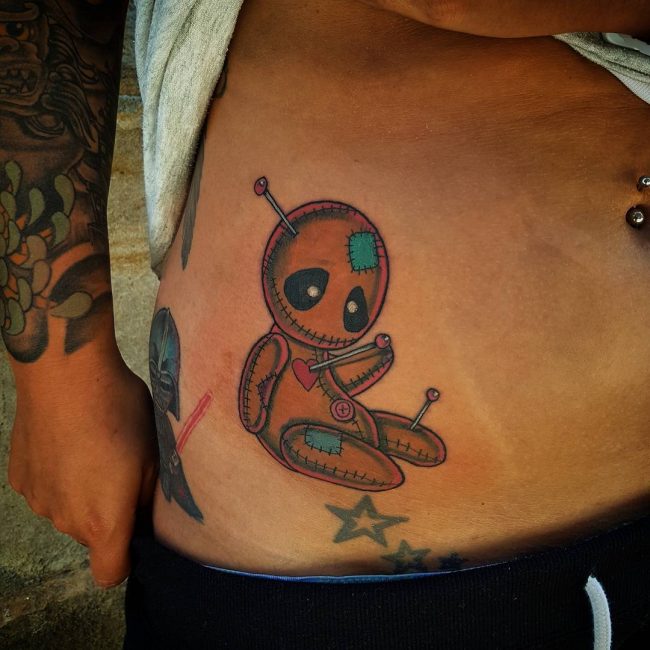 Some of the common meanings include spirituality, reverence, life, death and fate among others. Whether you want to have a skull, fire, water or any other symbol, ensure that you know what it means in your society.

Over years, tattoo artists have designed these on different parts of the body depending on the person who wants to have the tattoo. 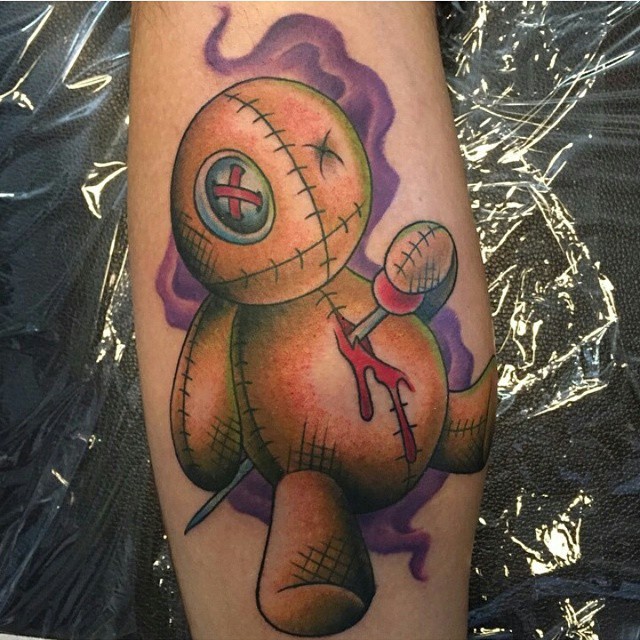 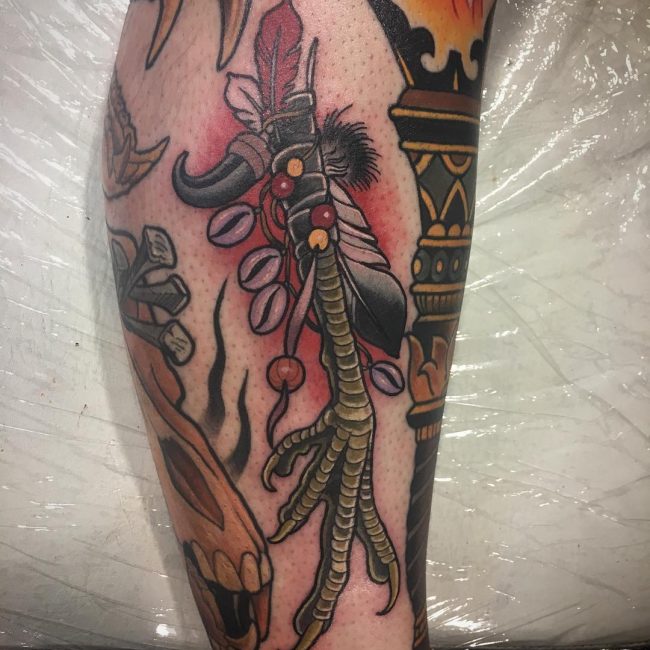 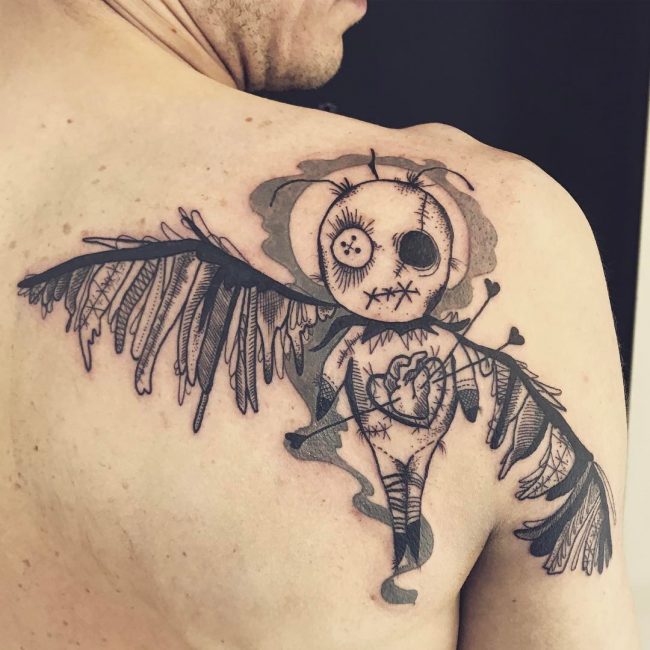 Some of the common parts of the body where you are likely to find someone with a these tattoos include the neck, arm, shoulder, leg, back, rib as well as stomach among others.

The choice of placement depends on whether the person wants something hidden or a tattoo that everyone who comes near them will have a look at it. 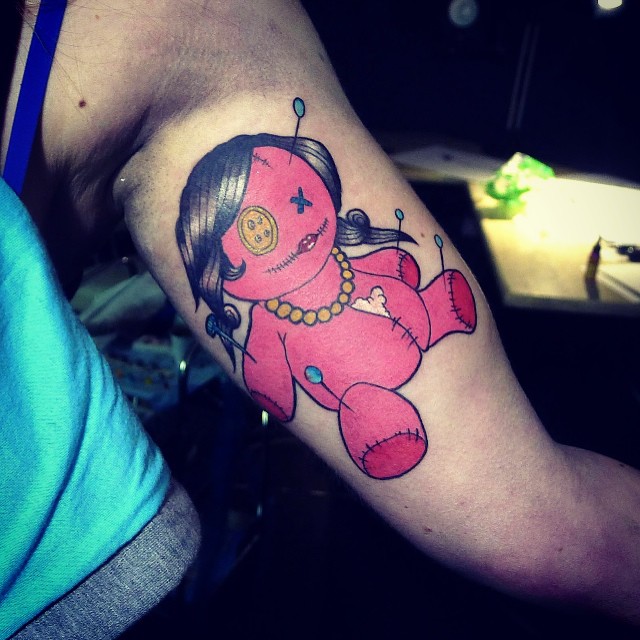 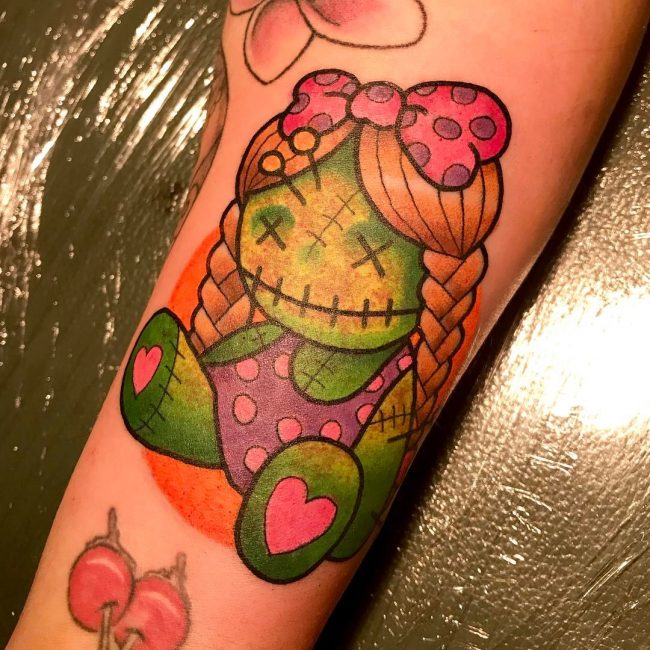 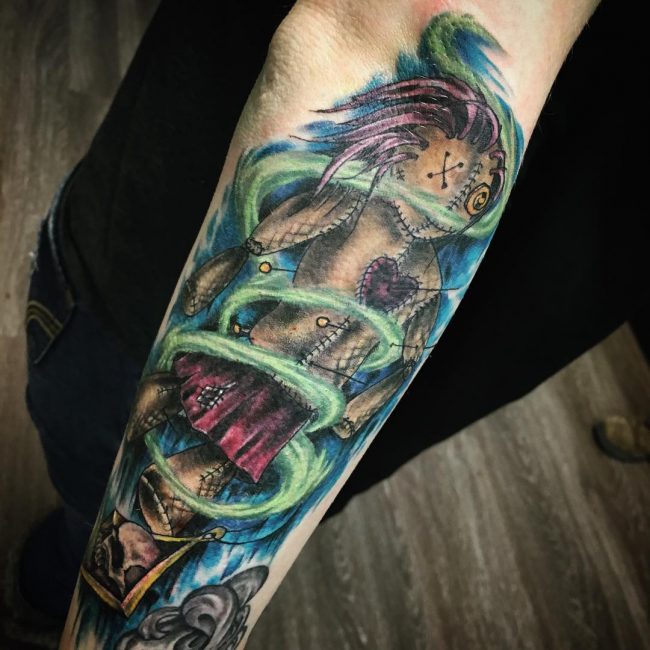 Have you ever seen someone with a poppet as a tattoo? The poppet or voodoo tolls are among the most popular type of these tattoos. Despite most of the poppets having a similar basic look, these tattoos look great especially when they are visible.

These tattoo design tends to feature a small toll created from rolled piece of cloth with the same look at a mummy. Some tattooists also include pins and ribbons to make them stand out from the normal tattoos. 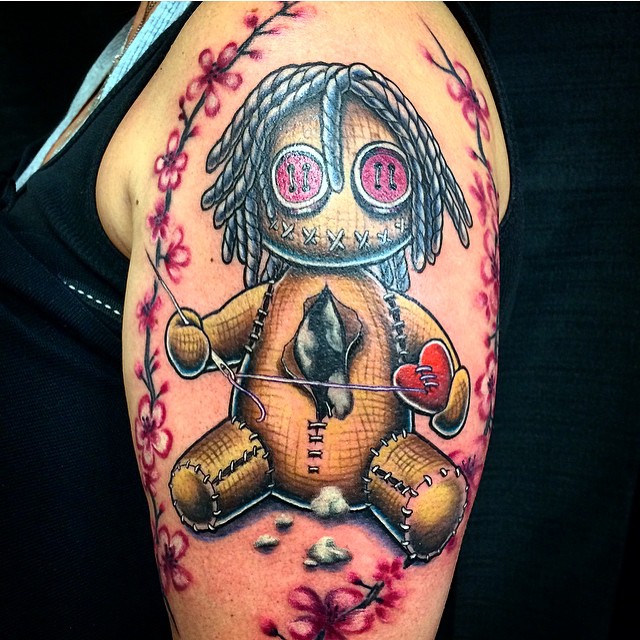 The real poppets have different purposes although most of experts attribute them with a real person. Although the poppet design has continued to receive negative publicity, this has not stopped people across the world to go for them. 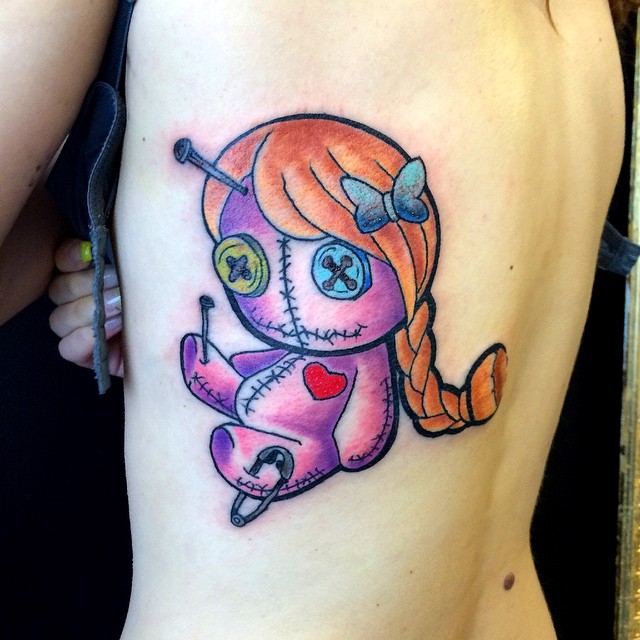 In case you have been thinking about designing a poppet tattoo on your body then you need to find out the purpose as to why you want to have one, what it should represent as well as its message to anyone who belongs to the Voodoo religion if there is any in your society.

This will help you to avoid offending the people around you without knowing especially if the tattoo is one that anyone can view. 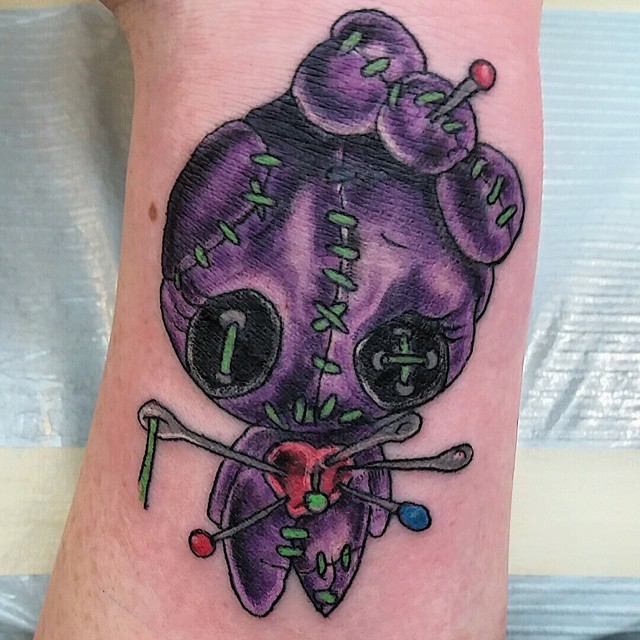 Tools of voodoo are not very different from the branches of witchcraft as well as shamanic religions. In addition, we have those close parallels lying between the tools of voodoo and other religions such as Wicca among others that you may have come across within your society.

A good type of voodoo can feature swords, stones, wands and others images intended to create a particular impression on the body of the person with the tattoo. 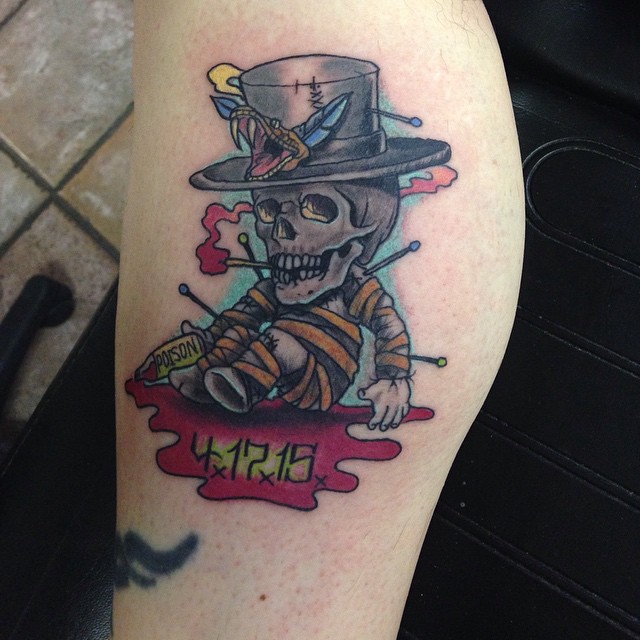 The other popular images recommended by tattoo professionals include fire, sun, skulls, water, wine and dry bones just to mention a few of them.

Once you incorporate other mundane designs in the above symbols bringing out that voodoo flair that other people will keep admiring will not be an uphill task for you. 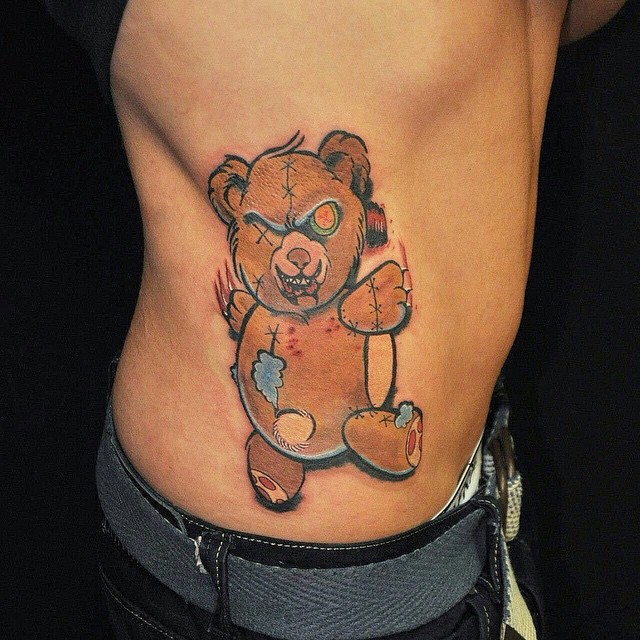 Do you want to invoke the existence of loa, an equivalent of a god? If that is the case then think about veves. These are yet another wonderful design used to represent the voodoos.

In case you want something more intricate as well as meaning on your shoulder, arm back or even thing, then you should consider the Veves. Once you find a professional tattooist, veves are very stunning to look at. Each of the veves represents a particular voodoo. 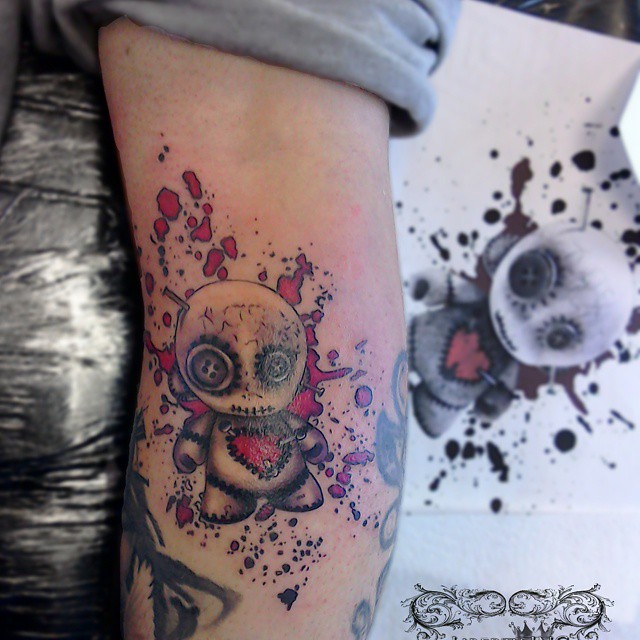 You can choose to have several of them on different parts of your body to bring out a fashionable as well as elegant appearance that you are not likely to get if you opted for any other tattoo.

One great thing about veves is that they are not only unisex but you also place them any part of your body depending on your preference. In case you work with an organization that does not allow the use of the tattoos, a hidden veve will not be a bad idea for you. 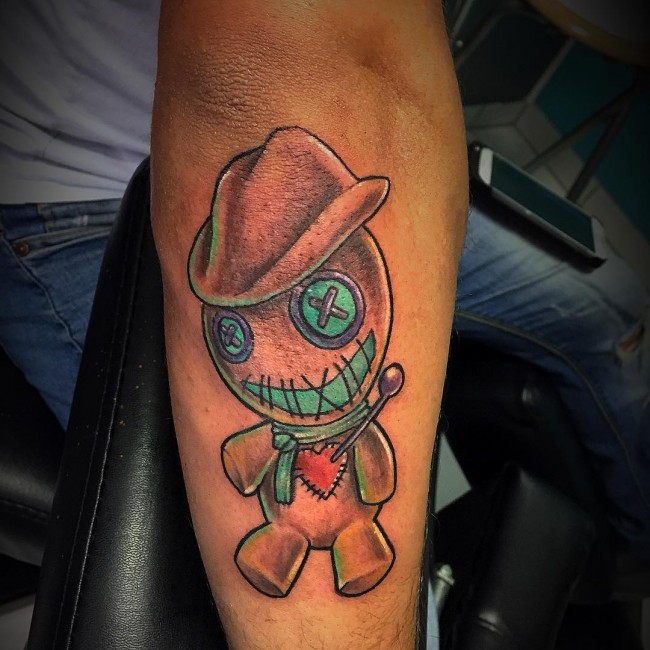 The tattooists use salt orr powder to create these tattoo on different parts of your body. Apart from being intricate, the symbols have facets that define them as well as identifying them with their accompanying loas.

A veve tattoo can be one of the best ways that you can use to pay homage to your religion especially if you believe in the existence of Loas and other super natural beings.

In conclusion, a good tattoo needs to reflect who you are well as what you like. One of the best tattoos that will rarely disappoint you is voodoo. However, before you seek for any of the voodoo symbols ensure that you know its meaning as well as placement. 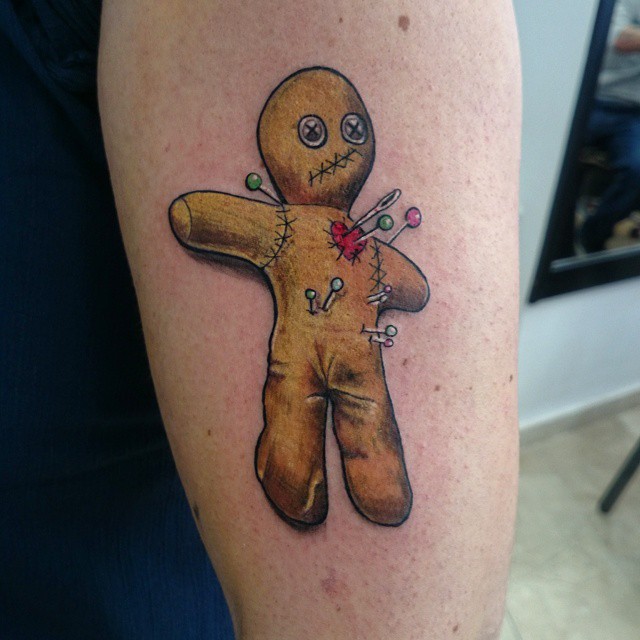 Some people have great tattoo designs on different parts of their but when you ask them what the tattoo stands for they are not in a position to provide you with the correct answer.

Do not go for these tattoos simply because you saw a friend or your favorite actor with one that was looking great. Take time and find out more so that you go for what is right for your lifestyle and your society.