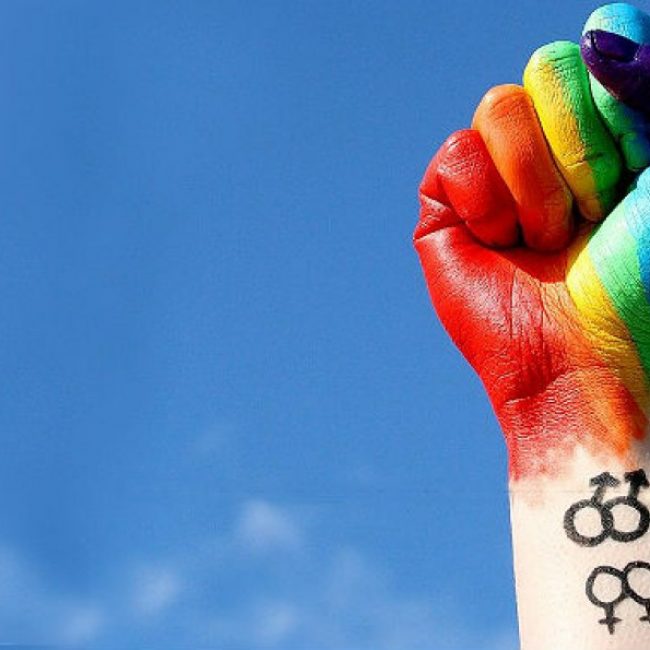 The LGBT community has a long and fascinating history when it comes to tattoos. LGBT people have often used tattoos to make statements about their sexual preferences and identity, with many using them to express defiance against oppressive regimes that deny them their rights. It’s said that tattoos really started to become popular amongst the gay and bisexual community in the 1950s. Many LGBT people use tattoos to reclaim their bodies and celebrate their identity. It’s also a common practice to find a bi partner on websites like Flirt.com and then get tattoos that will reflect your love for one another.

Can you face the pain?

If you are considering getting a bisexual couple tattoo or any tattoo to make a statement about your sexuality, there are various things to consider. One of these is the physical pain that you will endure when you visit your tattooist. The bigger and more detailed your tattoo is, the more pain you will face. You also need to think very carefully about the design itself.

Is the bisexual relationship that you are in likely to last? The stronger the chances of it lasting are, the more confident you should feel about getting the tattoo if the design is dedicated to your partner in any way. It’s not wise to get a couples tattoo with someone you have simply enjoyed a few bisexual hookups with, no matter how strongly you feel about the person. You should certainly wait until the relationship is no longer new before you commit to such a big decision. 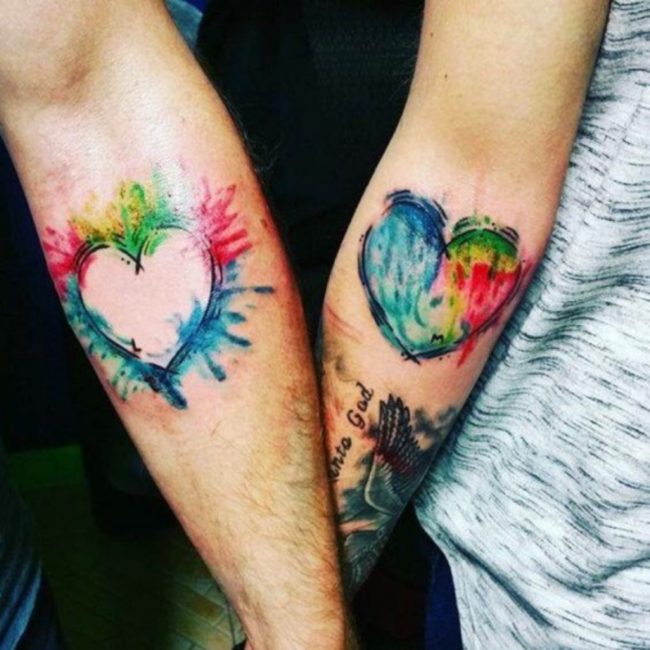 Where will your tattoo go?

You also need to think about where your tattoo will be applied. Some body parts are more painful than others. If you are in a secret relationship or don’t want others to know about your sexuality yet, you should get yourself tattooed in a place that the public cannot see. This should be an area that remains clothed unless you are in a private space. Don’t be pressurised into getting a tattoo, even by your partner. The decision to have the ink applied to your skin should be yours. If you do decide to have the tattoo removed later, this will cost more money, is not always 100% effective and also be physically painful. Direct sunlight can damage a new tattoo, so it’s wise to have one applied during the colder months of the year.

The history of LGBT tattoos

Let’s talk about some of the most popular tattoo designs for LGBTI people right now. The pink triangle tattoo reflects the time when gay prisoners in Nazi Germany were forced to wear pink triangles as a punishment and mark of shame. One of the ideas of the pink triangle tattoo is to reclaim the symbol as one of pride in the face of prejudice and bigotry. The nautical star tattoo was first used by lesbians in the 1940s and 1950s to communicate with other lesbians. The tattoo was normally placed on the wrist so it could be covered by a watch and subtly shown off at suitable times.

The equals sign tattoo is used by LGBTI people across the world. It became more popular after gay marriage was legalised in various US states. Many of these tattoos are popular amongst people who think they wouldn’t otherwise be identified as gay or bisexual by others. The Labrys double-sided axe tattoo was first adopted by lesbian feminists in the 1960s as a symbol of independence and strength. Meanwhile, the Lambda tattoo was chosen by the Gay Activist Alliance to represent the 1970s gay rights movement. This tattoo is heavily associated with liberation and energy. The circle tattoo became incredibly popular amongst intersex people in the 2010s. The transgender community have frequently opted for designs including the transgender flag, the butterfly and the Phoenix.

Think long and hard before you get a bisexual couples tattoo and make sure the both of you are happy with the decision. The stronger your relationship is, the less chance there is that you’ll regret it.

How To Be a Cool Girl