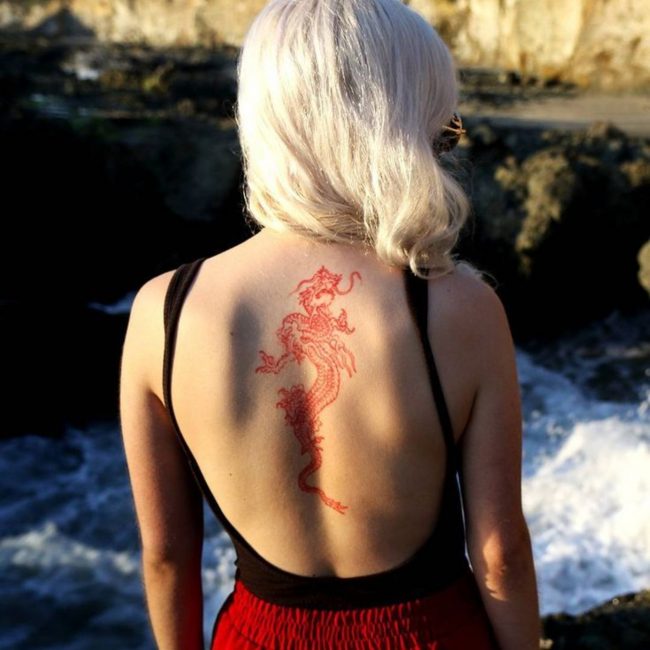 Anyone traveling abroad should have at least some basic information about their destination. Each country has its own customs and traditions, and knowing them will help you avoid many unpleasant situations. If you have a tattoo on your body, and especially in an easy-to-see area, you’re likely to face problems in Japan. Some of them may include encountering hostility, and some may even prevent you from getting access to certain public places.

In case you didn’t know, tattoo bearers in Japan cannot get a job in legal and medical organizations. Signs prohibiting entry for people with tattoos can be found near swimming pools, bathhouses, hot springs, gyms, and beaches. Places frequented by foreigners usually have “No tattoos allowed” signs in English and other languages. So, if you’ve got one, you might be in trouble. Of course, that won’t happen to you if you order an academic paper from the best custom writing  service.

Actually, there is no law in Japan forbidding tattoos, but the overwhelming number of its people regard them as reprehensible. And it’s not because tattoos are still associated with the Yakuza. The thing is, the Japanese really don’t like demonstrating their superiority over other people. To understand why they have such a profound dislike for tattoos, we need to take a closer look at the history of this country.

Tattoo traditions in Japan go back a very long way. The first tattoos appeared in the Land of the Rising Sun several thousand years ago. According to the most popular version, tattoos came to Japan from China in the 5th century BC. Back then, members of the Japanese nobility differentiated themselves from ordinary people by getting their faces tattooed.

According to another version, the Japanese adopted tattoos from the Ainu people, who inhabited the Japanese islands from 7,000 to 250 BC. Back then, only emperors could decorate their bodies with tattoo drawings, while representatives of lower social classes were allowed to do that much later.

First tattoos were applied with plant thorns and not needles. Tattoo artists used designs created by engravers, which they etched onto their clients’ skin. Becoming a tattooist required one to work hard as an apprentice, mopping floors, mixing ink and, most importantly, studying classical tattoo drawing.

There were two types of tattoos in ancient Japan – those worn by members of the nobility and those flaunted by members of the underworld. Until the 5th century AD, tattoos were socially acceptable, but as time moved on, attitude towards them changed dramatically. Tattoos started to convey social status: noblemen, priests, and geishas – all of them wore their own tattoos.

In ancient Japan, tattoos indicated a woman’s marital status and also conveyed information about the number of children she had. By using colorful tattoos, courtesans were able to attract customers and circumvent the law preventing them from demonstrating their naked bodies.

Beautifully designed feminine tattoos acted as a substitute for clothing, making women even more desirable. In many cases, only their faces, feet, and hands were free from tattoos. A courtesan and her client who fell in love with each other often had their hands tattooed with moles – symbols of eternal fidelity. They also got their bodies covered with each other’s names and a hieroglyph standing for “fate”.

Samurai got the tattoos of the sakura and chrysanthemum, the two flowers that symbolized the transience of human existence and readiness to die in battle at any time. The samurai were the first to have their bodies tattooed from head to toe. Their military outfit consisted of a sleeveless tunic, which revealed their heavily tattooed hands – a symbol of valor and unbending will.

Criminals in ancient Japan were punished by having their noses and ears cut off. However, that barbaric practice was done away with and replaced with tattooing – a hieroglyph denoting “dog” was carved on the transgressors’ foreheads. Extortionists and scammers, as well as individuals involved in counterfeiting documents and banknotes, were also marked with special tattoos. Many criminals had their arms tattooed with black rings, their number representing the number of crimes they committed. It’s worth pointing out that the samurai also had tattoos and were free from that kind of punishment.

The first Yakuza members used tattoos to demonstrate their status in this organization. Due to being very long and painful, getting tattooed was perceived as a test of one’s endurance and loyalty. In addition, the Yakuza perceived tattoos as an integral element of their outfit. To become a Yakuza, one had to get a tattoo and undergo the rite of initiation which symbolized their breaking away from society and becoming part of the criminal underworld. After that, the newly-minted member could not marry a girl from an ordinary family. Of course, he was able to work at any state institution if he wasn’t too tightly controlled.

Japan is one of the few countries in which tattoos are considered a taboo. They’re traditionally associated with the Japanese mafia, and the country’s law enforcement agencies still perceive their bearers as members of the underworld.

Despite that, Japanese tattooists continue to pass on their skills and knowledge from one generation to another. Individual tattoo artists, tattoo salons, and even family clans have gained worldwide fame.

In modern Japan, tourists are less likely to encounter tattoo restrictions. If you have a small-sized tattoo and are required to hide it before entering a public place, you can cover it with a bandage.

Today, many Japanese artists, movie stars, and musicians have tattoos. Perhaps, over time, Japanese society will become more receptive to this way of self-expression.

The main rules of a successful open relationship